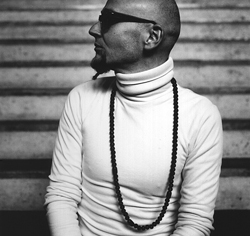 DON LI / A PORTRAIT OF EDITH PIAF << BACK

Artistic sincerity is immediately sensed by the soul – even without any kind of educational background or socio-cultural awareness… Piaf sang for the soul of the world and thus became the embodiment of artistic sincerity.

The current composition of Don Li which incorporates Edith Piaf’s voice was created 44 years after her death. It doesn’t feature the mighty voice of Piaf singing as we believe we know it from her chansons; in Don Li’s composition we encounter the fragile Piaf looking for answers in interviews with her voice oscillating between scrutiny and conviction.

With regard to the ballet production "La Sincérité" by the dancing ensemble of the Stadttheater Bern I searched the Edith Piaf archives for speech fragments which were suitable for an adaptation in form and content. Don Li has proven one thing with his composition: Piaf sings! … even when she talks!

Piaf’s words with their characteristic rhythm and tune are the musical foundation of this work. Meticulously translated into the language of music, Piaf’s words make her the creator and soloist of a never-before-heard composition of interview poetry.

She would have called this composer from Bern in the middle of the night: "Don, I want you to compose another song for me right now… I want more of this!"